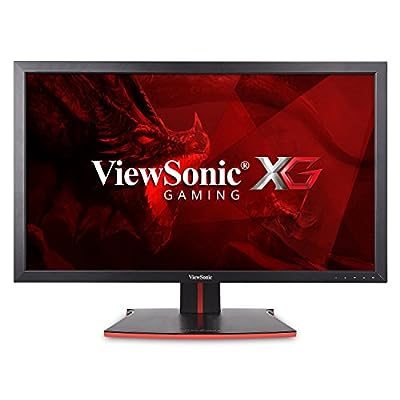 The gaming monitor market is hotter than ever right now with some exciting new releases. With the price of IPS panels dropping and demanding PC owners wanting better and better performance the manufacturers are releasing some top spec screens to keep us happy.

The ViewSonic XG2700-4K is a 4K IPS screen with built in FreeSync (Adaptive Sync) technology. It is limited to 60hz though which might put off some gamers who prefer a higher refresh rate. Even small jumps above 60hz can make a difference so it’s a shame we’re limited here but with a DisplayPort 1.2 connector there isn’t the bandwidth in the cable to go higher! 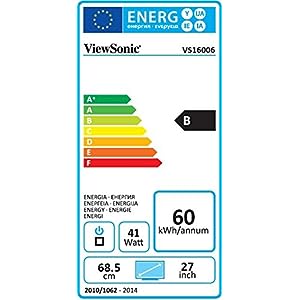 The Viewsonic features a standard stand which they’ve attempted to jazz up somewhat with a bright red base, fortunately this isn’t visible in use save for a flash of red round the edges. You can’t have a true gaming monitor without a flash of red it seems. The base is a bit fiddly to put together but you’ll get there in the end and at least you only have to do it once!

The monitor’s bezel is not as thin as some of the modern competitors on the market, it measures a few centimeters. This model scores well for connectivity, it features no less than three HDMI, one of which is HDMI 2.0 compatible, allowing 60Hz 4K operation, and two HDMI 1.2 ports, one of which uses the Mini-DP form factor. You also get a 3.5mm audio output, used for connection to external speakers or headphones.

You can tilt and rotate the screen but there is no side to side swivel built in. Of all the adjustments that’s probably the least useful as you can always just move the monitor, so no show stopper. 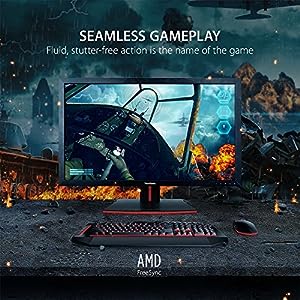 IPS screens have a reputation for superior image quality when compared to the cheaper TN technology, and the Viewsonic does not disappoint. In fact professional reviewer testing shows that the XG2700-4K even manages to stand out amongst its IPS based competitors with excellent performance and superb out of the box calibration.

As for gaming credentials, the 4k screen is going to make any game look stunning. The downside though is that you’ll need one serious graphics card to keep up with the demands on the high resolution. That said, with GPU power increasing all the time 4k gaming is coming to the masses. Gone are the days where you needed to enthusiast level cards to get a game running! But don’t expect to play games at 4k with a cheap entry level card either.

If your frame rate does dip, you’ve got FreeSync waiting in the wings to ensure the monitor stays in sync with the GPU’s output – assuming you have a compatible (AMD) card. This should ensure you get a smooth tear free image. That said, FreeSync has a limited range and on this model it will kick in a 40hz. The Viewsonic is limited to 60hz which might put some off but you’d need some serious PC power to sustain higher framerates at 4k anyway. It’s not something most will worry about for now. And finally, the 5ms quoted response time is standard for gamer friendly IPS panels and fine for gaming.

We give the ViewSonic XG2700-4K a 4 out of 5 rating. Want to know what existing owners of the monitor think? You can read real user reviews here.
Updated: 9th September 2016

The viewsonic is not cheap but your money buys you a high quality display. With excellent image reproduction and a stunning 4k resolution people will look at this screen with envious eyes! The inclusion of FreeSync makes this an attractive buy for game fans. If you are having some doubts about this purchase then why not read some real owner reviews and see what other buyers think.

Welcome to the ViewSonic XG2700-4K FAQ. This section attempts to answer common questions you may have, please get in touch if you have any more queries or if you think our answers need updating.

Does it have speakers?

No, no speakers included. You’ll need external speakers or headphones to hook up to the included 3.5mm jack. You’d think at this price they would have included them but nope, sorry.

Can I use this with an XBox?

Well I don’t see why not, it does have an HDMI port. But this is a 4K PC gaming screen so that would be a waste. The XBox cannot make use of its advanced display features.

We've just launched our FaceBook page, please come and like us!
Note: Whilst we attempt to include up to date information in all our articles we cannot guarantee accuracy. Please check with your supplier before making any purchases. In most cases we do not have access to products and these are not hands on reviews.
Release Date: 28/04/16
Brand: ViewSonic
Model number: XG2700-4K
Price Updated: 28 May 2022 17:17